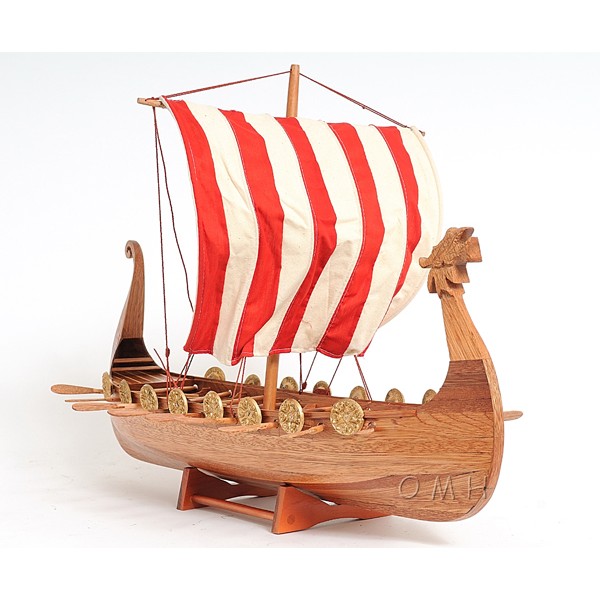 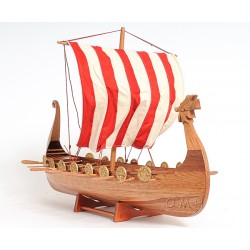 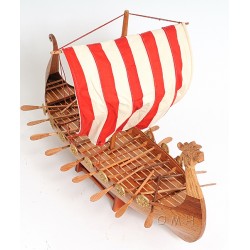 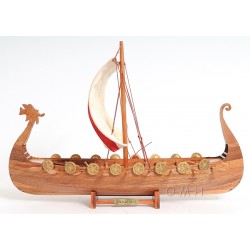 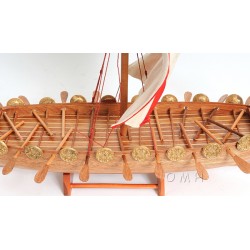 Give your home or office a coastal touch by adding nautical decor. This simple, yet stunning replica of the 7th & 10th century classic Drakkar Viking long boat will be sure to take center stage.

This 25-inch model is handcrafted with the highest quality woods from scratch by master artisans using “plank on frame” construction, just like real boats. Each model takes more than 50 hours to construct and undergoes a demanding quality-control process. Among the details of this boat model: lines of shields along 2 sides of boats, many wooden oars, colorful viking sail, brass nameplate and stand.

The Drakkar, or Viking Longships, were the long, narrow and very flexible vessels used by the Vikings for trade, exploration, and warfare. The Longships had symmetrical ends and a maximal speed of around 15 knots, and they were also called "dragonships" because they often had a dragon-shaped bow or other magical beings carved on it. The Longships had been the symbol of the Vikings naval power for a long time, ranging in the North and Baltic Sea and even far from their Scandinavian homelands: to Iceland, Greenland, Northern America and the Mediterranean!

There are no reviews for this product.


Your Review:Note: HTML is not translated!

Enter the code in the box below: